Of all the dark books I’ve read, Marissa Honeycutt’s Life of Anna is still one of the darkest and bleakest I’ve ever read, even including BB Blaque’s books and When the Dark Wins. Those are on my list of darkest books, but I think LoA is still going to be #1.  The books are a serial, so I recommend reading the complete set. It’s in KU, but I also recommend buying it, especially since some of the books in the series have been banned. LoA is the only book that I have had to literally put down in the middle of it and read something else altogether. I got it on KU and even sent it back. I spent a couple of days dreaming about the book so I had to go back to KU and finish reading it. I spent a lot of time horrified about what was happening to Anna, angry for her, angry at Devin, and I cried. A lot. I mean, a lot a lot. Spoiler for LoA: The spot where I had to put it down was right before Alex and Anna got married. I don’t know why that particular spot hit my limit, but I just reached that point. That particular thing was what I dreamt about.

Marissa has brought out another series that takes place in the same world. It takes place some years after LoA. Anna is not the focus of this one, but there are some carry over characters. This series is called Finding Sabrina. The first book is Master of My Body, and the second is Master of My Heart. That’s the one we’re talking about today. Now, as a warning, Marissa is writing Sabrina as a serial, just like she did with LoA. I know that there are least 2 more books to come, but I don’t know how long in between each one. If you totally despise cliffies, then you may want to wait until Marissa puts out a complete set. I, on the other hand, may curse cliffies, but they don’t deter me. Obviously. Otherwise, I wouldn’t read about 60% of what I do read.

So, here’s the story as it stands right now. There are going to be some spoilers for MoMB, there’s really no other way to it. If you haven’t read it yet and you want to, this is your very last chance. If you read past this point and you get spoiled, you only have yourself to blame.

OK, here goes. Sabrina has woken up and realized that none of her captors are there. They are all dead, and she killed them all. Her Immortalness took over and she kind of went feral and just went on a killing spree. Frankly, I don’t blame her. After being treated like she was for 5 years, I would’ve killed everyone too. She sees Chase’s West Point ring and it helps her come back to herself. That ring and thoughts of Chase are all that have kept her as sane as she is. That and being able to dance. Sabrina ransacks the house, takes a lot of money, and finds the diamond that will drain her Immortality and let her live as a normal human. She manages to make it to her ballet company and the head guy helps her escape to Boston, which is where she’s decided that she wants to go. She wants Chase.

Meanwhile, Chase is facing the fact that he has to get married by the end of the year. He’s the heir to one of the Brotherhood’s Elders, and that means that he has to get married and start producing his own young. Richard, the Elder, tells him that he knows that Chase wants Sabrina, but they have searched in every way possible for her and there has been no trace of her at all. Now he’s off on a mission with his team to take care of a problem for the Brotherhood. He’s incommunicado except to Richard, his mother, and his best friend, Jayson. Jayson just happens to dance at the dance company in Boston where Sabrina is going to go audition. He lives with his sister Liz, and they have a spare room in their apartment.  And guess where Sabrina goes to stay? Of course, she doesn’t know that Jayson and Chase are buds when she goes to stay with him.

You remember how I said that LoA was probably the darkest thing I’ve read? Sabrina might beat it. Sabrina has already gone through a lot. And I’m pretty sure that the darkest, most terrible stuff is yet to come. I’m going to be interested to watch and see. When the last book comes out, I’ll read all of them back to back so I can get the best idea as to which one is worse. I don’t think that we’ve seen the true villain a whole lot as of yet, so I’m going to be interested to see what’s going to happen with that. 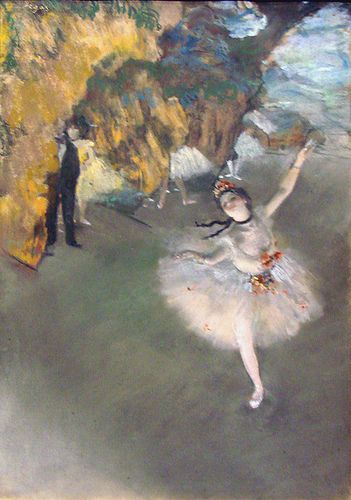 The fact that Sabrina is way more than even 3/4 Immortal is interesting. 15/16 maybe? 31/32? I can’t wait to see what will happen as she comes more into herself and her powers as a demi-Immortal. She’s going to make some people very, very, very strong, I think.

I think that Richard, Tom, Chase, and all his friends are going to be very good for Sabrina, especially as she sees that pretty much anything goes when it comes to sex. I liked seeing her meet the slaves at the Manor. They were very obviously happy and well cared for, which was completely opposite to what happened to her. I’d love to see her interact more with them in a casual setting. That may be a good way to bridge a gap for her, maybe.

OK, that’s all I have to say about this. If you like dark, gritty, and pitch black, then go read all Marissa’s books, especially LoA and the Finding Sabrina books.

One thought on “Marissa Honeycutt-Master of My Heart”